Congratulations to our Netball Team 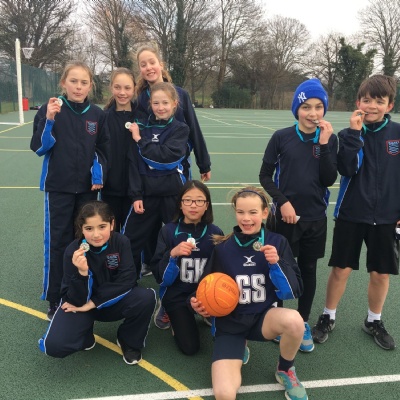 Well done to our squad of nine children from Year 6 who took part in the Kingston Borough High5 Netball competition on Thursday.

Approximately 200 children from 24 Kingston schools took part, braving biting winds and freezing netballs! St Luke’s squad played fantastically well, playing exciting and skilful netball, and winning all their games in the heats and semi-finals. The squad came second overall in the competition, narrowly missing out on winning the final in a close fought game that ended 3 -2. The squad will now go onto the next level of the competition to decide who will represent Kingston at the London Youth Games. Well played to Amy, Bella, Elisa, Holly, Issie, Joe, Melisa, Panos and Sophie.