Congratulations to our mixed gender football team who finished 2nd in the borough finals!

After qualifying emphatically from the group stage last term our mixed gender football team competed in the Borough Finals on Tuesday at Chessington Community College. Competing against the best teams in the Borough, in an exceptionally high standard of competition, our players managed an amazing 14 points from their 7 games, comfortably securing the Runners-up position. Each player received a silver medal. To be the second best football team in the whole Borough is an outstanding achievement. Congratulations and well done to the players for an exceptional and heroic performance in the tournament! 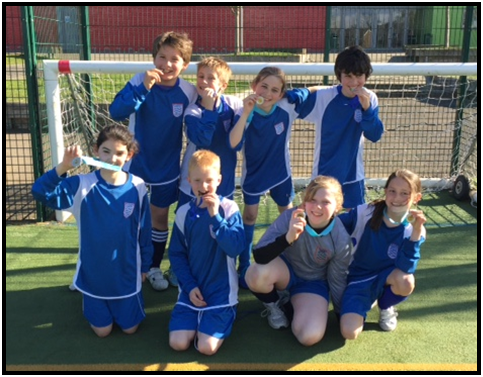