Well done to the Hi 5 Netball team for playing well at the tournament. 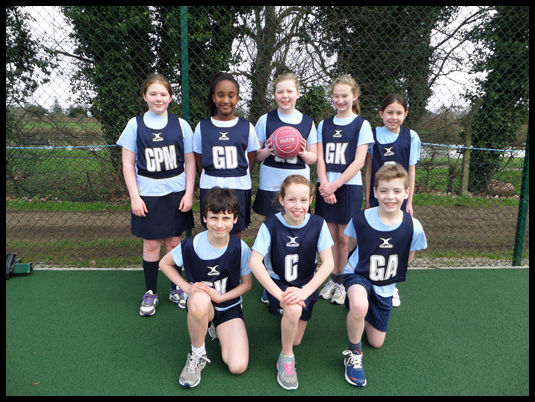 On Friday 5th February a team of Year 6 netballers took part in a tournament at the Finals at Kingston Grammar School:

Once we left school, we got on the minibus to the netball tournament. When we finally reached Ditton Playing Fields, all the schools gathered together to hear the rules. In our first game, we played very well against King Athlestan but unfortunately lost 1-0. After our loss in the first match James scored a hat-trick; we won 3-0! In our third and final match we had a very difficult competition against Corpus Christi and sadly lost with the score being 5-2. After all three tense matches we had some oranges whilst listening to the results. We managed to wind our way into 3rd place but but sadly just missed the plate.’